Pattani river basin covers 3,805.65 km2 in Yala and Pattani provinces, the southern part of Thailand. The central and southern part of the basin is mountain chains, while on the northern part Pattani river plain dominate. There are two major mountains, San Kala Khiri and Pilo Mountain, range in the area, which are also a natural borderline between Thailand and Malaysia. Majority of the people, approximately 715,000 people, lives in the Pattani River Basin. Agriculture and livestock are their occupation.
The Pattani River is the longest of all Thai rivers on the Malay Peninsula with a total length of 214 kilometres. The river comprises of Pattani River as the main river, with Yaha River and Nong Chik River as tributaries. It flows from San Kala Khiri River through Bang Lang dam and exits to the Gulf of Thailand. There are two large reservoirs which are Bang Lang Dam and Pattani Dam (Diversion dam of Bang Lang Dam). Average rainfall in the main Pattani river varied from 1,500 – 2,200 mm. per year.
In the past, people in the community had encountered several difficulties including 20 – 25 days redundant flood, no canal management and maintenance over 30 years. Later, people in the areas start their collaboration as Pattani River Basin Network to find solutions for their hometown. The network consists of 4 communities’ water resource management groups which are;

Science and Technology has been introduced and applied to the community for water management planning and water resource restoration which can be categorized into 4 approaches;

In December 2014, there was a heavy rainfall in 2 provinces of Southern Thailand. The rainfall volume is as high as 3,825 mm. The Royal Irrigation Department (RID) have to urgently drained water from Pattani Dam through Pattani River and 5 irrigation canals which raised up water flow in the system to over 700 cubic meters / second, which is 300 cubic meters higher than the capacity of Pattani dam (the dam capacity equal 400 cubic meters). 650 cubic meters / second of drained water flew into City District of Yala province and caused flooding in Ban Pagaharang Community and Ban Tha Dan Community.

With the support of Pattani River Basin Network in downstream area, flood had been drained into the sea through canals and infrastructures that have been restored and maintained. The flood management has been operated in parallel with drainage watergate. Therefore, the community can increase extra 300 cubic meters / second of drainage capacity to be in accordance with sea level variability.

As a result, flood duration was decreased from 25 days to 3 days and save government’s remedies for farmers up to 800,000 THB.In 2016, RID and Pattani River Basin Network collaboratively launched flood relief plan in Ban Pagaharang Community and Ban Tha Dan Community. The subcanal with approximate 4 – 5 meters width along irrigated canal have been created to increase drainage efficiency and retain flood water during next coming flood crisis. 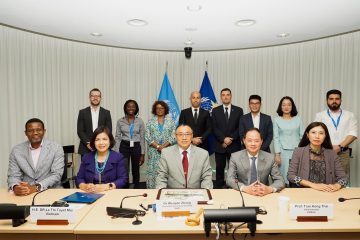 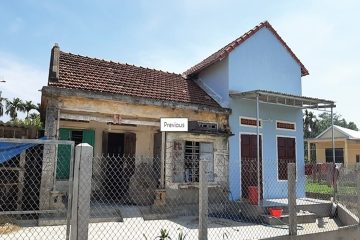 Storm and Flood Resilient Houses        The storm-and flood-resilient housing program is one of the most effective projects supported by the Government of Vietnam and the United Nations Development Program (UNDP) since 2018. Read more…

9 Dams to be completed in Indonesia

The Ministry of Public Works and Public Housing (PUPR), through the Directorate General (Ditjen) of Water Resources, continues to develop various infrastructures in the field of water resources to support the creation of water and Read more…

We use cookies on our website to give you the most relevant experience by remembering your preferences and repeat visits. By clicking “Accept All”, you consent to the use of ALL the cookies. However, you may visit "Cookie Settings" to provide a controlled consent.
Cookie SettingsAccept All
Manage consent

This website uses cookies to improve your experience while you navigate through the website. Out of these, the cookies that are categorized as necessary are stored on your browser as they are essential for the working of basic functionalities of the website. We also use third-party cookies that help us analyze and understand how you use this website. These cookies will be stored in your browser only with your consent. You also have the option to opt-out of these cookies. But opting out of some of these cookies may affect your browsing experience.

Necessary Always Enabled
Necessary cookies are absolutely essential for the website to function properly. These cookies ensure basic functionalities and security features of the website, anonymously.
Functional
Functional cookies help to perform certain functionalities like sharing the content of the website on social media platforms, collect feedbacks, and other third-party features.
Performance
Performance cookies are used to understand and analyze the key performance indexes of the website which helps in delivering a better user experience for the visitors.
Analytics
Analytical cookies are used to understand how visitors interact with the website. These cookies help provide information on metrics the number of visitors, bounce rate, traffic source, etc.
Advertisement
Advertisement cookies are used to provide visitors with relevant ads and marketing campaigns. These cookies track visitors across websites and collect information to provide customized ads.
Others
Other uncategorized cookies are those that are being analyzed and have not been classified into a category as yet.
SAVE & ACCEPT